ARE YOU NEW TO ROWING? 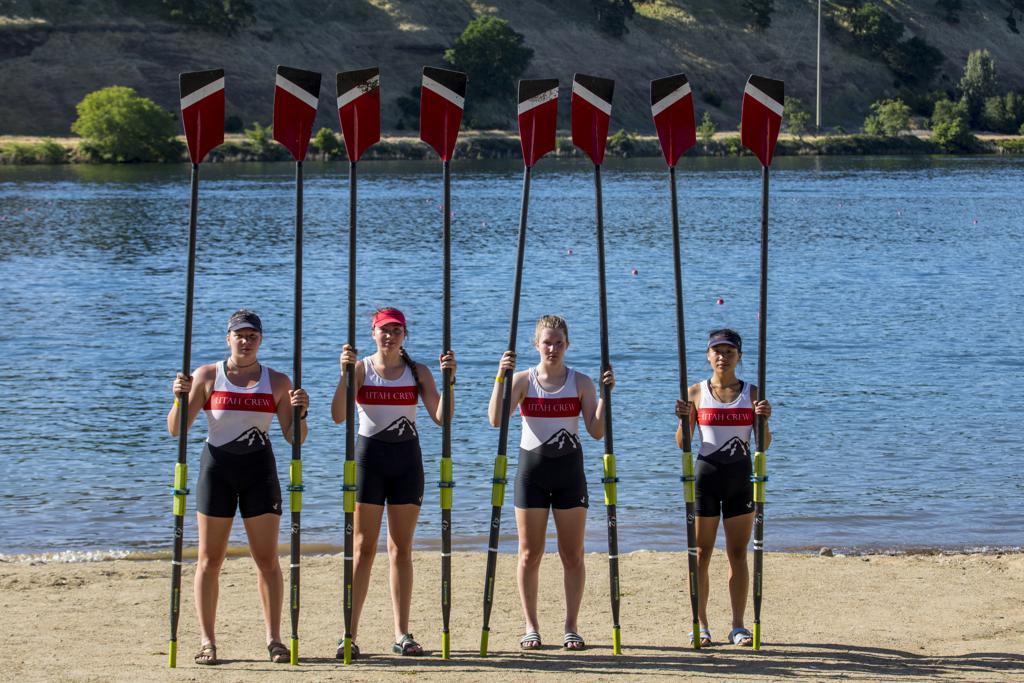 Rowing is the fastest growing sport in the United States at both the youth and collegiate level.

Most people in the United States do not start rowing until middle school or high school since rowing equipment sized for children is very rare. That means that everyone in this age group is starting at the about the same time. Teenage athletes who have not yet found their sport have the ability to excel in rowing within just a couple of years.

Rowing is a global sport with thriving rowing scenes in the Britain, France, Australia, New Zealand, Japan, Argentina, Germany, Canada, South Africa, and many other countries.

Any rower will tell you that being a rower is one of the most defining experiences of their life. It builds self-confidence, fitness, self-reliance, and social skills. You will gain life long friends and a connection with every rower in the world.

Although spectators will see hundreds of different races at a rowing event, there are only six basic boat configurations. Scullers row in singles (1x), doubles (2x) and quads (4x). Sweep rowers come in pairs (2s), fours (4s) and eights (8s). Sweep rowers may or may not carry a coxswain (cox-n), the person who steers the boat and serves as the on-the-water coach. All eights have coxswains, but pairs and fours may or may not. In all sculling boats and sweep boats without coxswains, a rower steers the boat by using a rudder moved with the foot.

Shell - The racing boat. Shells come in configurations and sizes for single rowers, pairs, fours, and eights. They’re made of lightweight carbon fiber. The smallest boat on the water is the single scull, which is only 27-30 feet long, a foot wide and approximately 30 pounds. Eights are the largest boats at 60 feet and a little over 200 pounds.

Sweep - A shell configured so that each rower has one oar. Oars on a sweep shell are normally alternated from side to side. - Pair: A sweep for two rowers. - Four: A sweep for 4 rowers. - Eight: A sweep for 8 rowers.
Bow - Front of the boat.
Stern - Back of the boat.
Port - Left side of the boat when facing bow.
Starboard - Right side of the boat when facing bow.
Gunwale (pronounced "gunnel") - Side of the boat. Top section on the sides of a shell that runs along the sides of the crew section where the rowers are located. The riggers are secured to the gunwale with bolts.
Keel - The center line of the shell. The term refers to the extent to which the boat is balanced form side to side while rowing. A "good keel" is where the shell is rowed with little or no continual dipping to port or starboard.
Rudder - Steering device at the stern. The rudder is connected to cables (tiller ropes) that the coxswain uses to steer the shell.
Skeg (or fin) - A small fin located along the stern section of the hull. This helps to stabilize the shell in holding a true course while rowing. All racing shells have a skeg. The skeg should not be confused with the rudder.
Slide (or track) - Two tracks on which the seat moves. The seat moves forward and backwards on the slide, enabling to rower to "gather up" his or her body at the start of the stroke, and then use the combined power of the legs, back, and arms when actually executing the slide.
Foot Stretcher - An adjustable bracket in a shell to which the rower's feet are secured in attached sneakers or similar footwear.
Rigger - The device that connects the oarlock to the shell and is bolted to the body of the shell.
Oarlock - A U-shaped swivel which holds the oar in place. It is mounted at the end of the rigger and rotates around a metal pin.
Rigging - The adjustment and alteration of accessories (riggers, foot-stretchers, oar, etc.) in and on the shell. Examples of rigging adjustments that can be made are: the height of the rigger, location of the foot-stretchers, location and height of the oarlocks, location of the button (or collar) on the oar and the pitch of the blade of the oar.
Cox Box- A small electronic device that amplifies the coxswain's voice and gives a readout of important information such as stroke count.

Weigh-Enough - Actually sounds like “way-nuff”. This is the coxswain’s call to have all rowers stop rowing - the crew should finish the stroke in progress and stop rowing

Power 10 - A set of strokes when the crew makes an extra effort to "get everything on the oar" and make the shell go faster. Used in a race or in practice to try and get a tactical advantage on the other crews, or to focus a crew on timing and coordination. Can also be power 15 or 20.
Back down (or "Back") - Row backwards.
Check it (or "Eight Check") - Same as "Hold water".
Hold water - Square the oar in the water (to stop the boat fast).
Paddle - Row easy, i. e. no power on the stroke.
Half power - Next step up from "paddle". Next step is "3/4 power" and then "Full Power".
Ready all-row - The command to start rowing. Should be preceded by "From the finish" or "From the catch".

As the governing body for rowing in the United States, US Rowing offers these tips, among other resources, for a safe rowing experience. Read more at the link below. 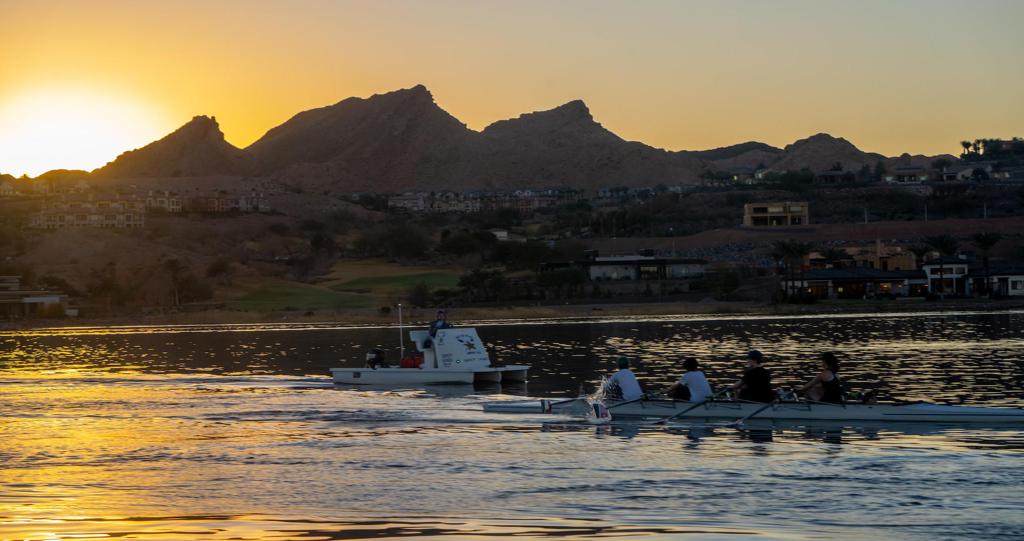 A safety launch tracks rowers as they come in from practice.

Become a sponsor of Utah Crew, and help us support youth athletes in Utah.
For more info, email info@utahcrew.org.

Regan Outdoor is a generous supporter of Utah Crew, helping us spread the word and reach out to our community!

Become a sponsor of Utah Crew, and help us support youth athletes in Utah.
For more info, email info@utahcrew.org.